The first (and only ?) MacBook with a dedicated GPU

My black and white MacBook, with a pink apple on the back, suffered again : I implanted him a dedicated graphic card. So I own (to my knowledge) the first and only MacBook (2006 in my case) with a dedicated GPU, a Radeon HD 2600 XT.
En français. 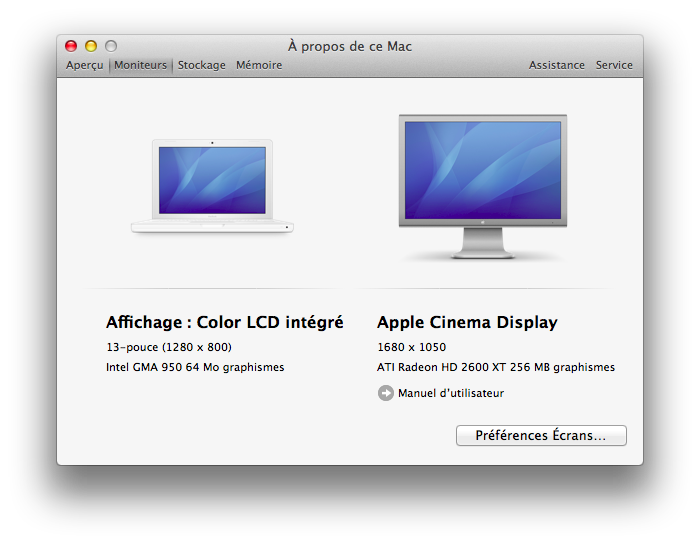 Obviously, I used my external ExpressCard box , successfully tested on a MacBook Pro. 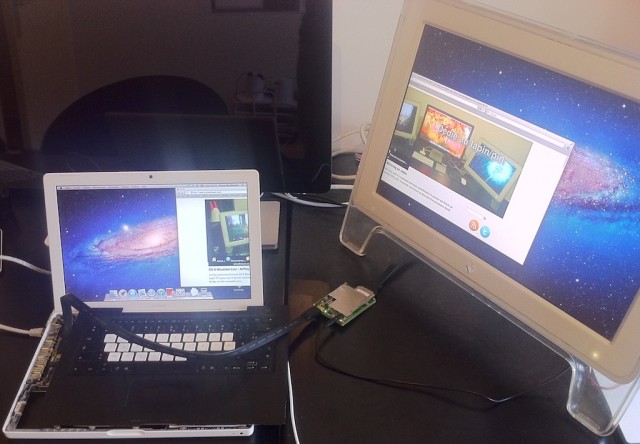 As the MacBook has no ExpressCard slot, I created one…

I used an MR13 adapter to get the PCI-Express and USB directly on the MacBook motherboard, on the AirPort card slot, and get everything out on an ExpressCard reader. Then I connected the box and … it worked. 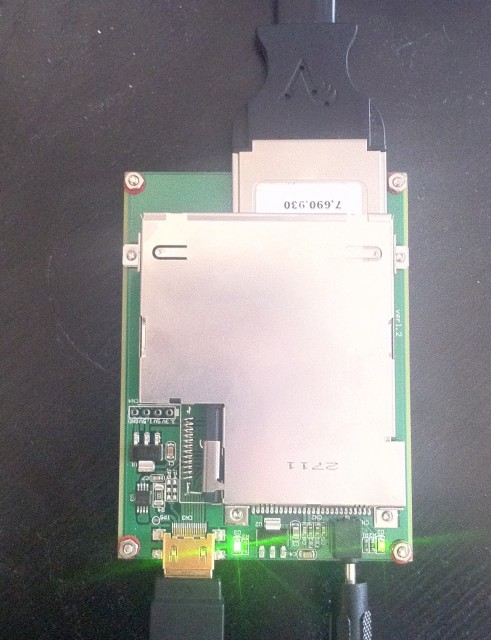 Okay, I have to admit, it did not work on the first time: my GeForce GT 120 did not want work. I had to put my old Mac Pro Radeon HD 2600 XT in the box. And strangely, I had to install the cards, start normally and then reboot for the card to be activated. And it worked !

For the rest, it requires to open the MacBook and lose the Wi-Fi. For those who could really use it, the connecting cable (flat) is a simple Mini HDMI, so it is possible to do something clear by cutting an output at the hinge. 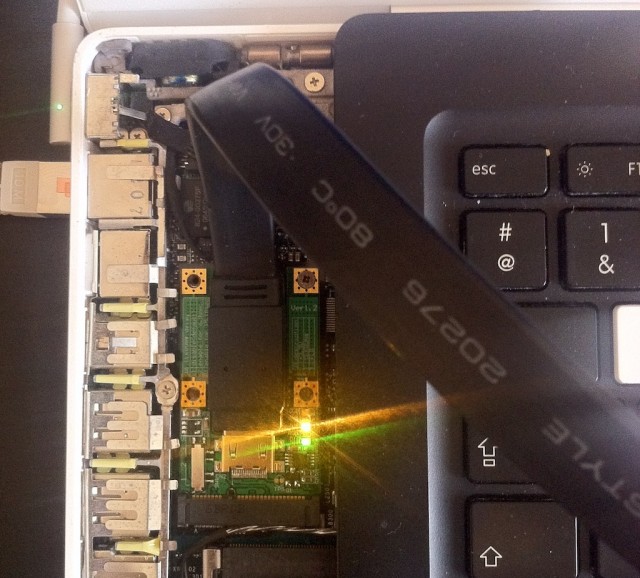 A thing to know: the adapter is powered via USB and the MacBook does not seem to be able to do it correctly. In my case, I used the screen that directly includes a USB port.

In the end, recycling a MacBook whose screen or battery is dead, is funny and efficient…