A video game on tape

Last week I explained that video games on vinyl records existed. But what about games on tape ?

En français.
By the time of the ZX81 (Timex Sinclair 1000 in the US) and other Atari, programs were generally distributed either on audio cassettes or on cartridges, but these were expensive. The tapes had the advantage of the price and allowed to record data.

As I got some tapes for my real work, I tried to retrieve the contents. I used my USB drive to try to recover the French cassette Tyrannosaurus Rex, a ZX81 game. 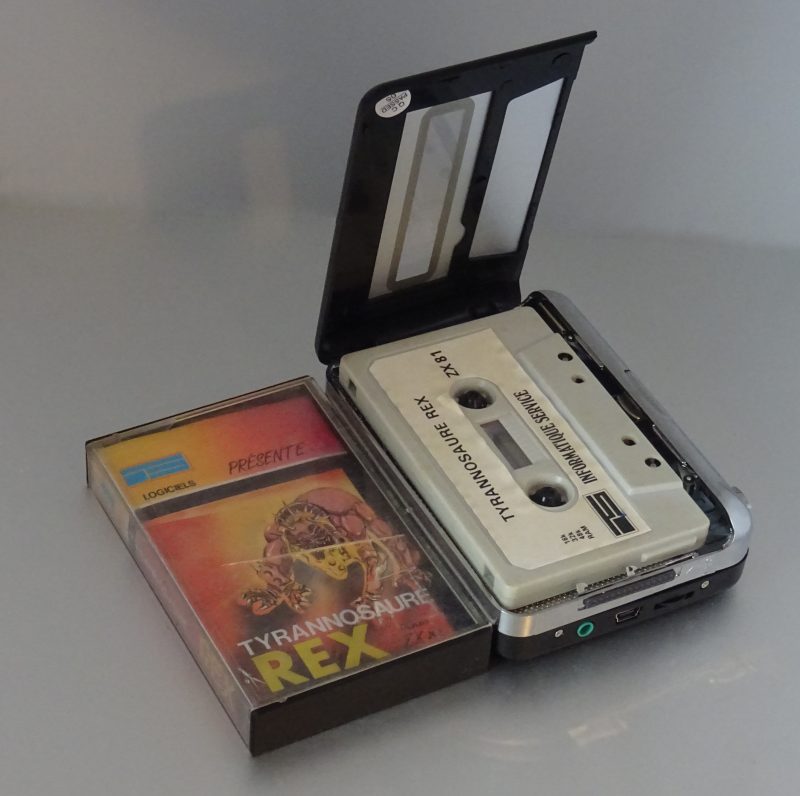 The player and the cassette

Although I have not succeeded with vinyl records, the second test worked with the tape. I just recorded with QuickTime Player from the player, saved in AIFF, converted to WAV and used a small open source program to convert it all in one ROM. In fact, you just have to pay attention to the entry level: too low, it does not work, too high, it does not work either. Here I simply set the cursor on 50% and the program just accepted the file. By default, OS X records in 48 kHz, but it may be changed.

The ROM works perfectly with zxsp, a ZX81 emulator for OS X.