The fantasy of the eGPU and The Wolfe on Kickstarter

I have been using external GPU (eGPU) for years – my first installation is more than 4 years old – and I feel I have some expertise on the subject, especially on OS X. And then, I realize that the reality is widely fantasized by some people, and the success of a Kickstarter project for an external GPU (the Wolfe) shows that there actually is a problem.

First thing to know, currently the eGPU … Does not work well. Really. I tested homemade solutions (on Thunderbolt, ExpressCard, etc.) and complete solutions (Alienware) and in any case, it is anything but a mainstream thing. 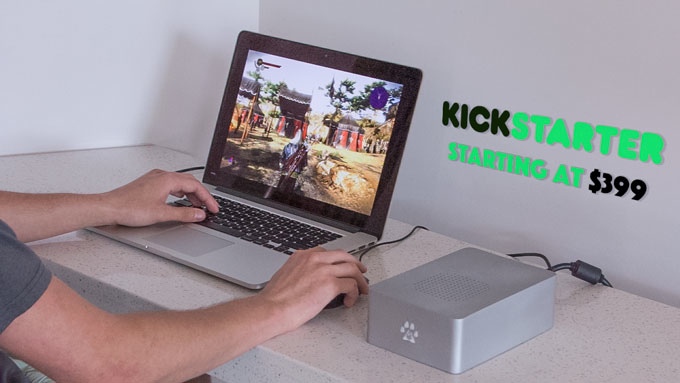 When one does not know the subject, one visualizes a GPU in a small quiet enclosure, which has to be hotplugged and – magic – the computer switches on the external GPU and the performances explode. Reality is rather: I turn off the computer, I plug a noisy box as big as a compact PC, I turn on the computer and play on an external display with rather decent performance. Well, that’s what you can expect if it decides to work. Compact models are either noisy or only accept midrange graphic cards (which does not make a huge gain) and backing on the screen of the laptop – when possible – kills performance on high resolution screens (1080p and more). Finally, hot plugging rarely works, except when using a computer especially designed for that, and with an adapted (and expensive) enclosure. Incidentally, even with fast standards, the performance remains weaker than with an internal bus, although in practice this is a minor problem.

Globally, the eGPU is fun when you’re a geek who wants to play and show off, while accepting the inherent issues of this technology, but not for the average user who wants to connect his laptop to the station and play at home easily.

When looking at the page, you find babbling on the GPU, an image of a Mac with a pretty enclosure that accelerates the laptop screen – impossible under macOS – the presentation of a Thunderbolt 2 version while Intel prohibited explicitly the use of an external GPU on Thunderbolt 1/2, a chapter that indicates that multi-GPU is possible (I talk about that below) and some technical points on the enclosure size. The video is nice, but they deliberately forget to show the hot-plug or indicate that the VR obviously does not run under macOS.

No acceleration with internal display…

In things that make me wince, the enclosure size: 200 mm long, it only accepts Mini-ITX cards. Clearly, it greatly limits the list of the supported GPUs. The troublesome point is that they talk about GTX 1060 in the future, but do not indicate that nVidia does not offer drivers for macOS. The power of the internal power supply, 220 W, seems too low: a large GPU coupled to the Thunderbolt controller consumption is dangerously close to the limit (and without even considering the possibility of powering the computer via the bus). Finally, the part on the multi-GPU is of extreme bad faith: some computing applications can use multiple GPUs in parallel (but the bandwidth limits it), but in games it’s almost impossible. The nVidia SLI requests a certified motherboard, and a link between the cards (impossible here) and the AMD CrossFire, even if it is technically possible without a dedicated link, will offer degraded performance and only under Windows.

In the FAQ, we can find fun things, such as a section that indicates that hot plugging is permitted. Actually, it does not work under Windows and macOS, it requires a Thunderbolt 3 certified system for that. Another entry talks about backing to the inner screen: same thing, it does not work under macOS poorly under Windows (you must not have a dedicated GPU already) and the loss in performance is high. 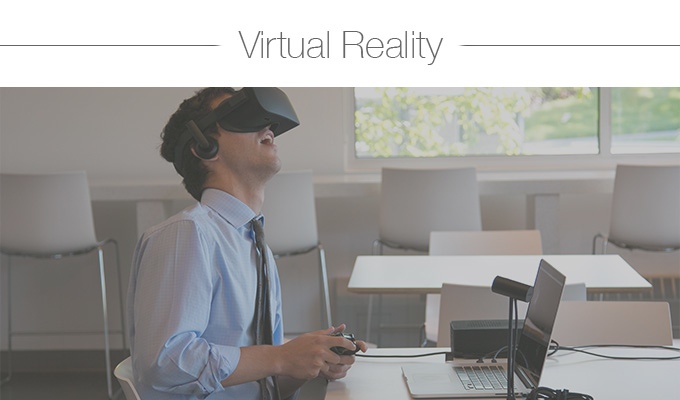 VR. Only with Windows.

In fact, and you can place your bets, it will (very) poorly run under macOS, considering the product arrives in the hands of the contributors. Currently they are planning a release for February 2017, with already outdated graphics cards – the GTX 950 is at the end of its life, the GTX 970 has been replaced by the GTX 1070 – and nothing currently indicates that the GeForce Pascal will work under macOS by then. Seriously, if you want to play on Windows, go buy a gamer PC.

Last but not least, Apple. It would not surprise me if the company proposed one day an external GPU, but with the conventional constraints of the brand. I imagine a mid-range GPU / a high-range mobile GPU stuck in an overpriced screen, with a semi-owner technology and a compatibility limited to the latest Mac. In other words, not an enclosure with the choice of the GPU that would work on Mac with Thunderbolt 2.