While reading a blog post on the Panic site (who makes cool software and games), I came across a cool easter egg: an emoji hidden in the menus of the 5th generation of iPod. I tried to find it, since the author (@cabel) had only found a photo of the said easter egg (probably on this old page of the iLounge site).

First step, find a 5G iPod. I was fooled on something (but it will be used later): there are two variants of iPod 5G. More precisely, the iPod 5G from October 2005, with a capacity of 30 or 60 GB, and the iPod 5.5G (unofficial name) from September 2006, with a disk of 30 or 80 GB. Why is it relevant? Because the easter egg is in the first firmware and the 5.5G was initially shipped with 1.2. I’ll talk about the differences again, but the 5.5G has a brighter screen, a faster SoC, and a few more features, like search. It is also able to play videos of a little better quality: the first is limited to 240p in H.264, the second accepts 480p with the same codec. 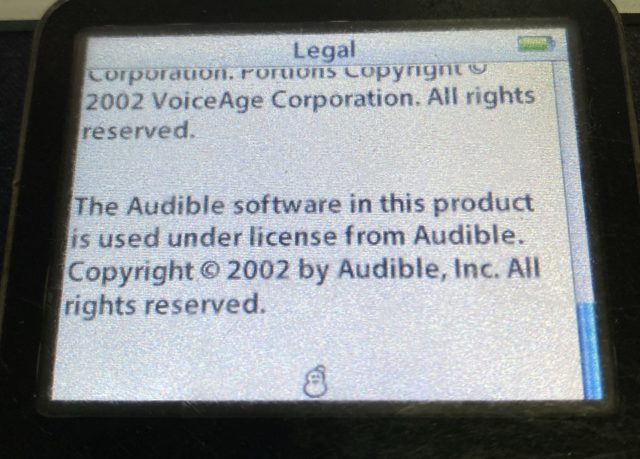 The easter egg is in Settings -> Legal and you have to scroll down with the wheel. If you have the 1.3 firmware (which is probably the case), which is the latest, it does work. So the question was “How do I change the firmware?“.

For the first tests, I tried to get those available online. There are still IPSW (as for iOS) on the Apple site for versions 1.2.1 and 1.2.3. Please note, there are several versions depending on the iPod model: 13 for the 5G iPod, 25 for the 5.5G for example. The easiest way to update it is to start the iPod in disk mode. It is necessary to press the top button (on the wheel) and the center until the iPod restarts, then directly press center (again) and the bottom. Then macOS will suggest to restore it. An option + click on the restore button (in the Finder on recent Macs, in iTunes before) allows you to choose the IPSW. But there is a problem: even in 1.2.1, the easter egg is not there.

So what now? It was while reading the Wikipedia page of the iPod that I got an idea. It indicates that the iPod 5.5G was no longer delivered with a CD containing iTunes. And by looking for its contents, I discovered that said CD also contained what was needed to restore the iPod. Then I looked at Apple’s: there are different versions of a program that could restore an iPod if it had a problem, without the Internet. So I downloaded different versions, going back in time until I found one containing the 1.0 firmware (and it’s on the Apple site): the iPod Updater 2005-11-17. The program actually restores quite a few iPods and Apple regularly updates the program with new firmware. I’ll spare you the search in the Mac news sites to find the dates of the programs, but there are several.

Last step, update. Because the program is a software for PowerPC which dates from 2005. So I took out an old PowerBook under Tiger and the program agreed to restore the iPod. Bingo. 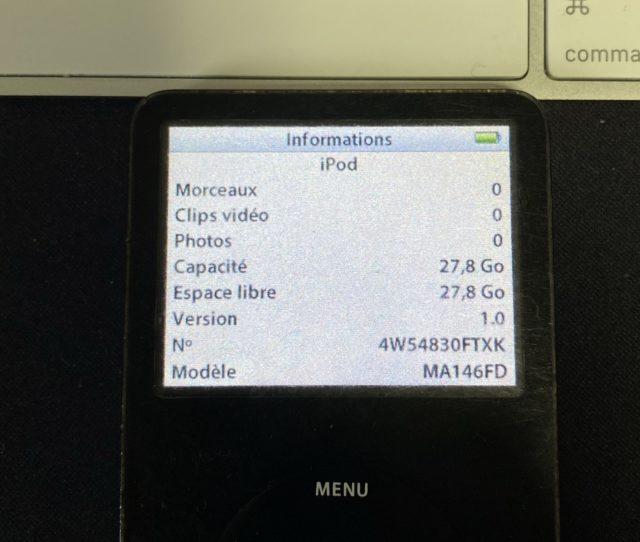 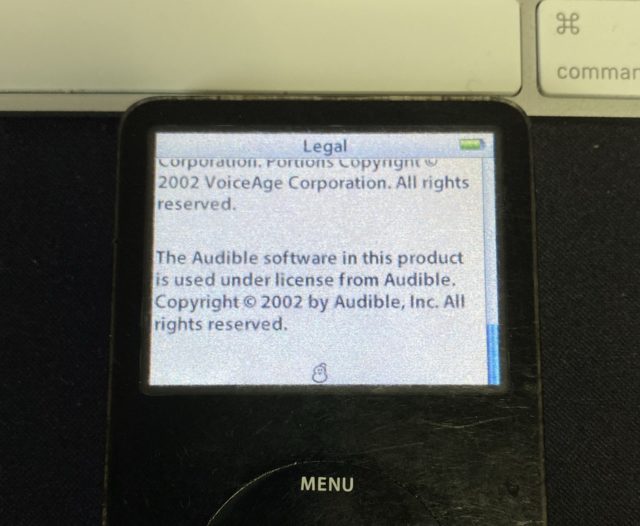 The result is a 5G iPod with firmware 1.0, which displays the easter egg. And to the question “Why a snowman?” the answer would be that one of the iPod development teams had this code name. Finally, the easter egg is indeed an emoji, the snowman was part of the first generation of emoji, long before they appeared in iOS. On the Mac, I have the empty version, and two classic variants (with and without snow) ⛄️ & ☃️.