The Apple Djinn, an unknown product

There was a time … A time when the Internet did not exist. A time when modems could not even reach 2400 bauds …The time of the Apple Djinn. This external modem, proposed in partnership with France Telecom (a French operator), worked at 2400 bits per second and provided access to the Minitel, a French telecommunication system that prefigured the Internet.
En français.

It was also possible to receive and send faxes, storing them on the computer, and even to transform the Mac into an answering machine. A system allowed the user to link the address book from Mac OS to the device. 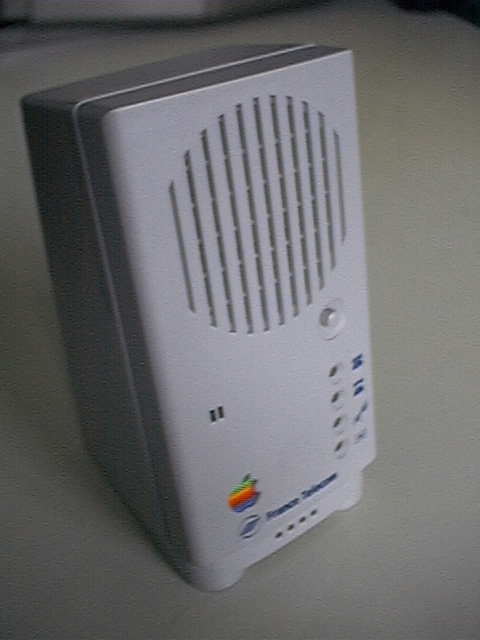 Quite large, the unit was not very successful. The launching price of 4000 francs (about $ 1,135 with inflation …) did not help to popularize the Djinn. A professional version was released in 1995 for « only » 2,100 francs ($ 580) with a built-in 14 400 bauds modem, but the success was not at the rendezvous, though it was one of the first devices to be offered with an Internet access.