How to activate the G4 Cube speakers on a modern Mac

My readers (you) are great. A few years ago, I was asking for help with a little project: the reuse of the Power Mac G4 Cube speakers on a recent Mac. Then Jean designed a small program that allows it. 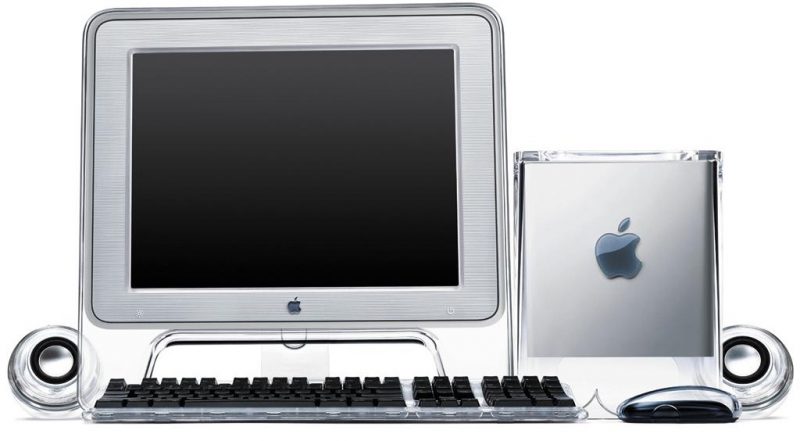 To begin with, where is the problem? The Power Mac G4 Cube is a bit special, it does not contain any audio controller or output, and completely relocate sound management on its speakers. More precisely, on a small USB box connected to the speakers. In this box there are three important things: a UAC3552A USB chip (basically an USB audio controller), a Tripath TA1101B amplifier (the same as in the iMac G4 and Power Mac G4) and a voltage booster which will provide 12V to the amplifier from the 5V of the USB. This way of operating involves several things, the first being that an USB port capable of supplying enough energy becomes mandatory to get an acceptable power. In theory, you need a Power Mac G4 Cube or an Apple Display screen with ADC, the only devices capable of delivering the necessary power to the speakers. A typical USB connection is limited to 2.5 W (5 V, 500 mA) and as far as I know, the appropriate ports provide 20 W (thus a priori 4 A). The second thing needed is a driver that will turn the amplifier on (literally). Apple has integrated it into the audio drivers of Mac OS X until 2010, the latest compatible version being Mac OS X 10.6.4. With the driver only (for example on an Intel Mac), the speakers operate at a very low level due to the lack of energy (8x less than the maximum expected). 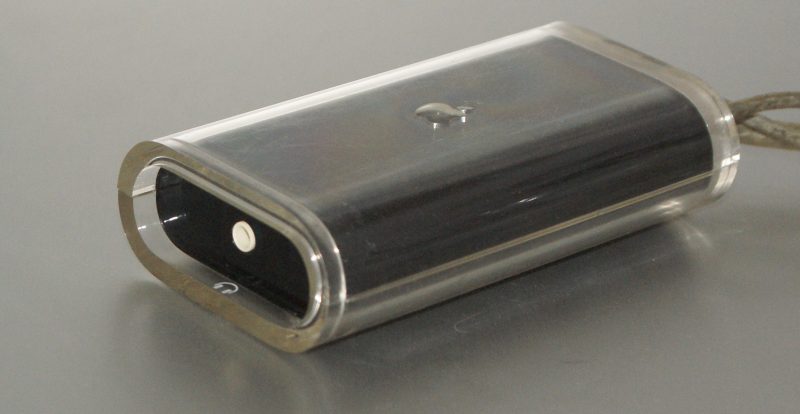 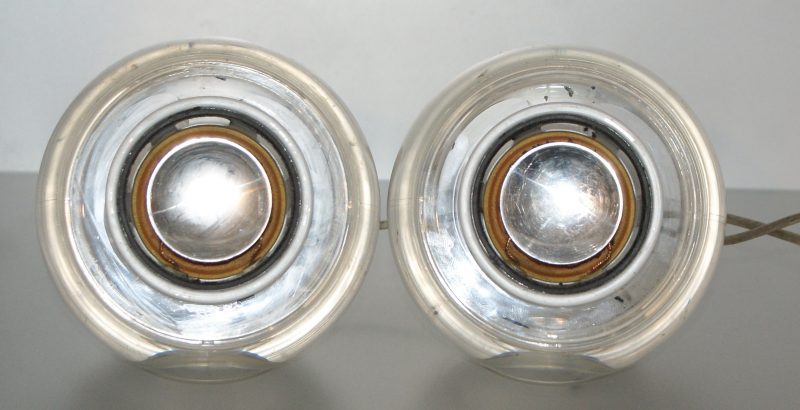 What Jean did is looking at the original open source driver and encode a small program that will activate the amplifier. The original USB part (the audio controller) is standard, it runs directly under macOS but therefore only provides the jack output on the case.

I have done some deeper research on the USB case working with the Apple Pro Speakers. As a result, the box contains two chips: a DAC Micronas UAC3552A and a Tripath amplifier (now Cirrus Logic) TA1101B. To activate these speakers, the original driver in Mac OS X sends a plugin and EQ parameters. The “plugin” is a piece of code loaded into the RAM of the UAC3552A, and the EQ parameters are used to configure the DSP built into the UAC3552A. To better understand the purpose of the plugin, I coded my own disassembler. With insufficient documentation on the UAC3552A, I can only deduce that the plugin changes the logical state of one of its GPIOs. By crossing my information with those of the Californian hackerspace “Sudo Room“, I deduced that this disables the MUTE function of the TA1101B.

The program is called Trinity Enabler (Trinity is the code name of the Power Mac G4 Cube).

The program is available on GitHub and offers four options, depending on the available power: 500 mA, 1500 mA, 3 A and 4 A. If you test, I suggest you find a USB hub capable of supplying enough energy and do not connect the speakers directly to the Mac. In the basic mode (the safest), the power is really too low and (more importantly) the speakers disconnect when you play quickly on the volume, a priori because of the lack of power. In theory, the 1500 mA mode works on a recent Mac – they provide 2 A to an iPad without worry – but as macOS always considers that the port only asks for 500 mA, it sounds like a bad idea to me. In addition, the 1500 mA mode reacts strangely, including an audio balance that shifts itself. The safest solution is to use a USB hub powered by a block powerful enough (in my case, 4 A), the great majority of models accepts to overload the USB port. Given the losses, I stayed on 3 A, which gives a good output power (and no bug). I assume that with an old Cinema Display in ADC, it must also work, but I confess that I was too lazy to install everything. 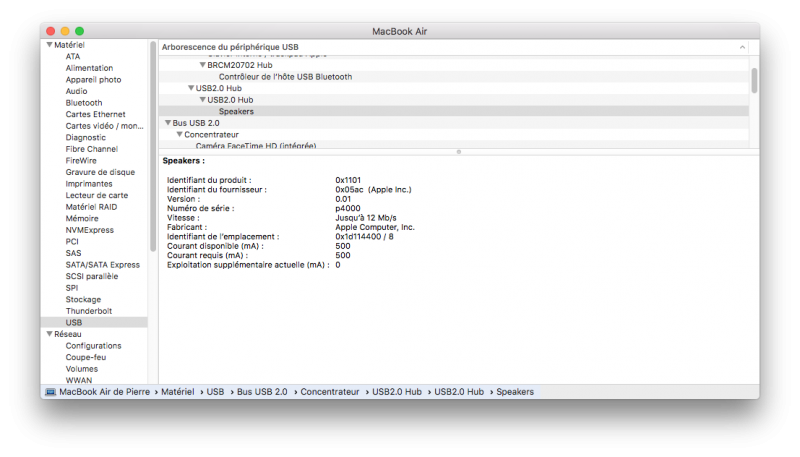 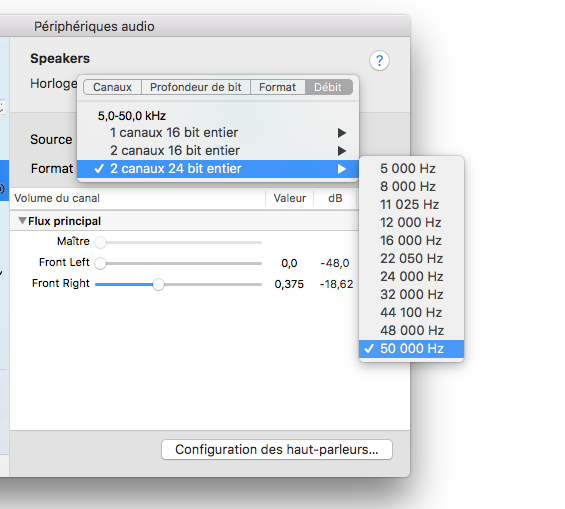 Thanks to Jean, I can (and anyone can) reuse good quality speakers. It lacks a bit of bass, but my speakers are not in very good physical condition. This small program allows to override the arbitrary limitations and marketing of Apple. Be careful though if you try: the 500 mA mode is the only one really safe for the Mac, the others require devices capable of providing enough power. Do not cry if you turn on 4A mode on a live Mac and destroy the USB ports.