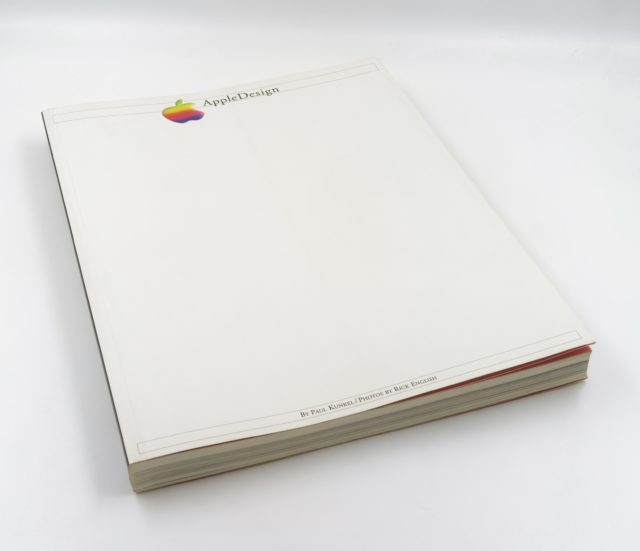 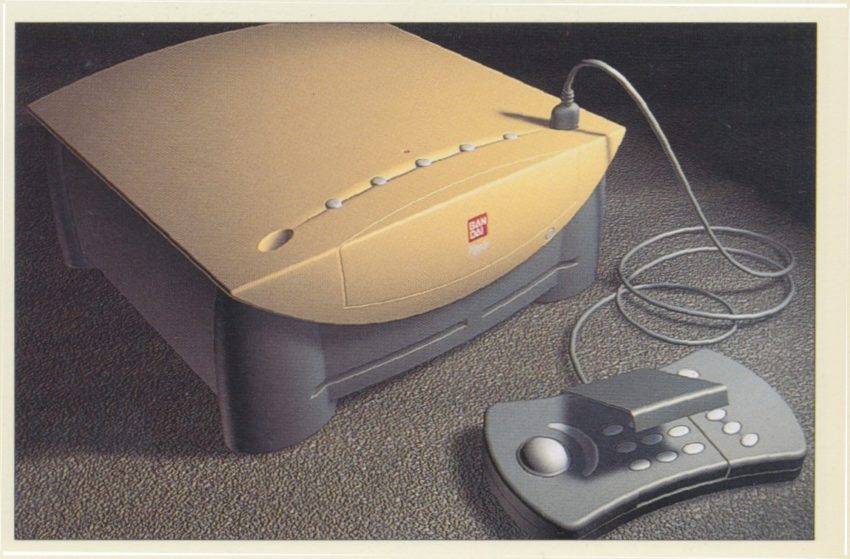 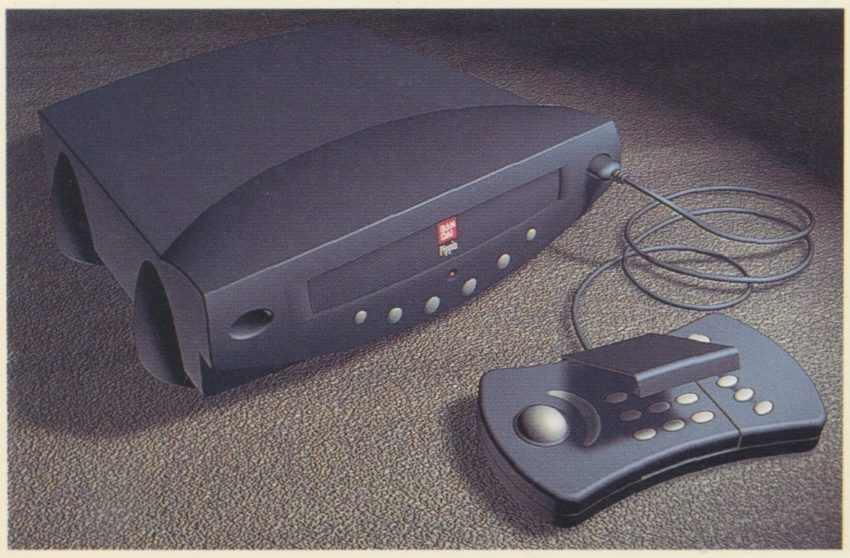 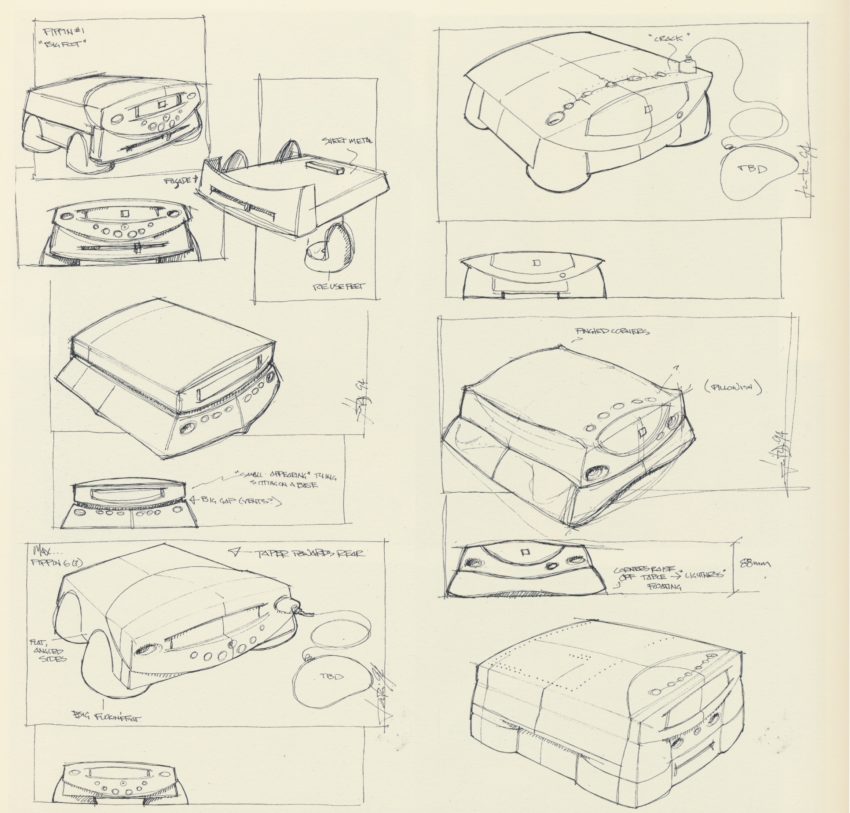 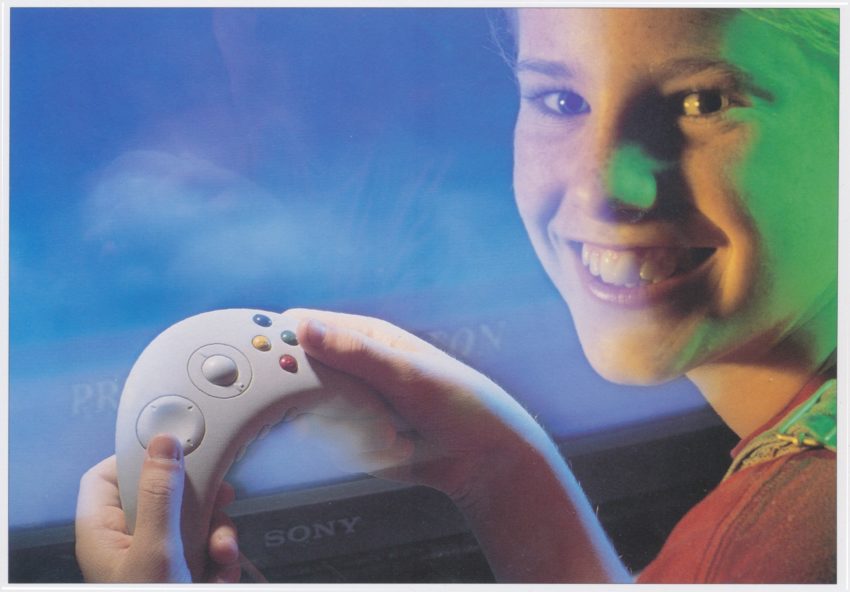 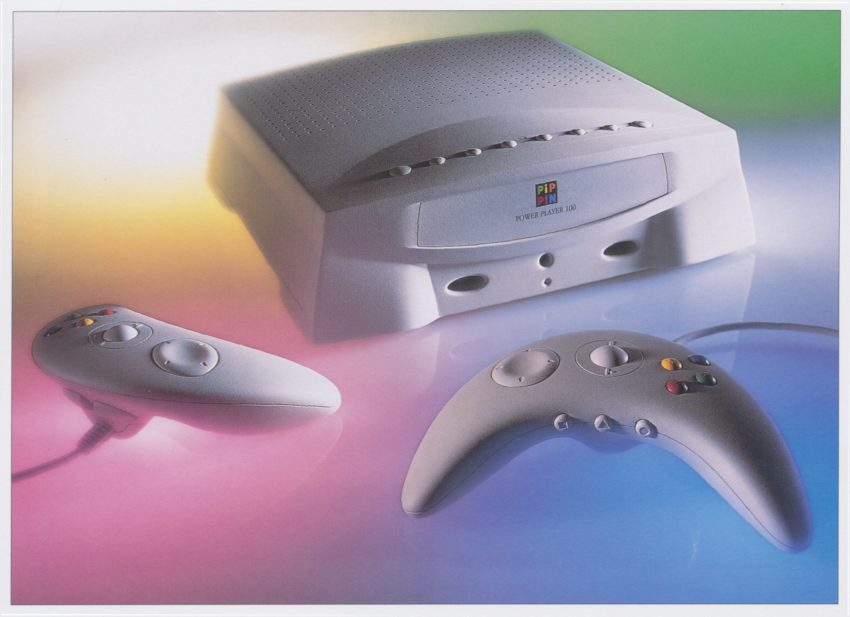 To expand the market for the Macintosh operating system, Apple Inter-active Media (a descendent of Satjiv Chalil’s Mac-Like Things) began developing a low-cost system architecture in February 1994- code-named Pippin – which used a modified version of the Mac OS for use in video games, interactive CD-ROM devices and Internet appliances that allow users to browse the Web or surd the Net to their heart’s content.
Rather than manufacture the hardware itself, Apple decided to license Pippin’s architecture. The first to sign up in December 1994, was Bandai Digital Entertainment (a division of the Japanese toy giant, famous for the Mighty Morphin Power Rangers) to create a combination game/multimedia player and Internet browser. Called @Mark in Japan and @World in the U.S., it features a 66 MHz PowerPC 603e chip, a ROM chip containing a subset of the Mac OS, a 4x CD-ROM drive, basic I/O ports (sound, video, serial, ADB, modem) on the back and a nifty hand-held game controller. To give the product the right spin, Bandai hired Apple’s Industrial Design Group to design the case. IDg’s Ray Riley, in turn, hired Lunar Design to consult.
From the outset, Bandai’s product had to appeal to three very different audiences: young children ages 6 to 10 (as a game player); and students (as a multimedia CD-ROM player); and adults (as online search tool and Web browser). The goal was a product that would challenge adults yet be simple enough for a child to use.
When Lunar Design’s Dave Laituri began the design, he had just returned from a trip to Africa. “My mind was full of images of animals and African jewelry,” he says. “I wanted to blend those images with an Asian flavor.” Thus he designed a narrow Asian-looking eye set on wide powerful-looking legs, followed it with a broad sweeping form on short fat legs, pillow and automotive shapes, a curved slab and a flat Oriental – looking spaceship on legs – which Laituri distilled into a friendly and engaging shape.
The final design combines the look of a desktop creature (with a slight swell at the front of the box, suggesting a head, slots and ports arranged on the front to look like a face, and the suggestion of fat legs on the side) with a textured platinum skin that accentuates its computer identity. On top, controls are laid out in a row at the front with a widely spaced “perf” pattern toward the back instead of Espresso vents. “We sketched Espresso vents but decided they were too strong for a product of this size,” says Laituri.
The Pippin controller, designed by Ray Riley, Laituri and Lunar Design’s Gilbert Wong, is shaped like a boomerang with M&M-sized buttons, rocker switch and trackball. “Depending on the application, the controller can function as a competent tool for multimedia CD-ROMs, an Internet search tool, or the fast game controller,” says Riley. “We wanted the trackball to move the cursor on the screen, access the menu bar and click on icons and windows in a controlled manner when doing educational work or Internet browsing, yet be responsive when playing games.” To give the fingertips something to grip, Dave Laituri sculpted the underside with bumps like the bottom of a steering wheel.
While development proceeded during the summer of 1995, one part of Pippin’s feature set-on-line communications-began to sweep the personal computer industry. With the rise of the Internet in 1993-94 and the lack of penetration of computers into the home, many in the industry foresaw the day when $2,000 PCs running a complex operating systems and memory-hungry applications would be replaced by $500 or $700 “network computers” running a stripped-down microkernal operating system and platform-independent software (written in Sun Microsystem’s Java langage) that could be downloaded from the Internet.
In theory, a Network Computer can do almost anything a PC can do. Instead of a floppy and hard disk drive, for example, a network computer would use a CD-ROM drive for running specific applicaions and draw everything else off the Net, much the way a telephone receives and transmits information over the phone network. The Bandai Pippin product offers both a built-in CD-ROM and an optional floppy drive for running programs or downloading information from the Net, making it the most flexible “network computer” designed thus far. Because it uses a subset of the Mac OS, developers can port thousands of existing Mac applications to Pippin with relative ease (either rewriting them on CD-ROM or making them available on-line). Better still, applications ported to Pippin, are upwardly-compatible with the Power Macintosh.
“Every household that can afford a $500 TV can afford a network computer, says Mark Orr, Apple’s head of Pippin business development. “A classroom with 30 children and two Macintoshes could have eight NCs instead. Textbooks and other learning materials ported to networks of NCs would revolutionize public education and corporate training programs,” says Orr. With Netscape Navigator software, Pippin can browse the Web, or with a Java-enabled browser, it functions as a true NC, drawing content and off the Net with no other software to install or maintain. With its PowerPC chip and 6MB of RAM, the Bandai box is as powerful as many desktop PCs. Keyboard, floppy drive and hard drive are optional.
But will NCs become commonplace? “Any time you launch a new hardware platform, you need content to attract an installed base, but you also need a large installed base to attract developers to create content,” says Mark Orr. “That was the challenge with the first Macintosh … and that’s the challenge we have with Pippin.”