In the ’90s, France Telecom (the main operator in France) proposed a mobile telephony offer based on the Bi-Bop technology. Technically, it was essentially a kind of portable phone box : the phone was to be used close to a terminal (about 300 m) and the cell change was not supported.
En français.

Then Apple and France Telecom proposed a Bi-Bop-compatible laptop, the PowerBop.
It was essentially a PowerBook 180 (68030 at 33 MHz, 68882 FPU) on which the floppy drive was replaced by a Bi-Bop modem. Apparently, few copies of this machine were sold, and some were presented as regular PowerBooks. The Bi-Bop part allowed the user to surf and send faxes, like a classical modem. It can be admitted that the Bi-Bop is a predecessor of AirPort, although the Bi-Bop is closer to the DECT than to the WiFi. 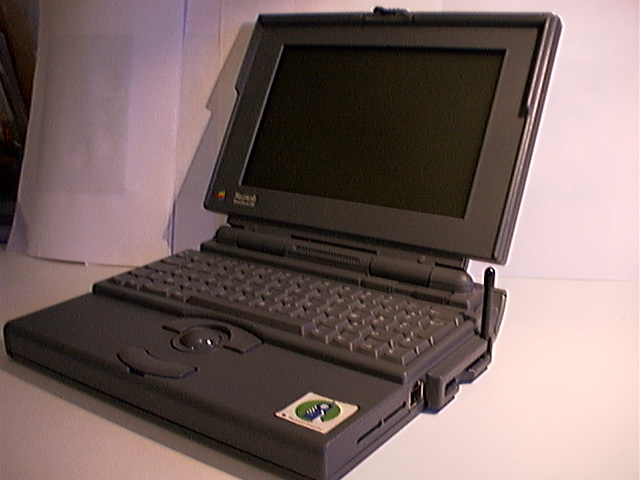 The machine is not really a prototype, since it was proposed to the public, but cannot be considered as a finished product either, as the sales were weak. 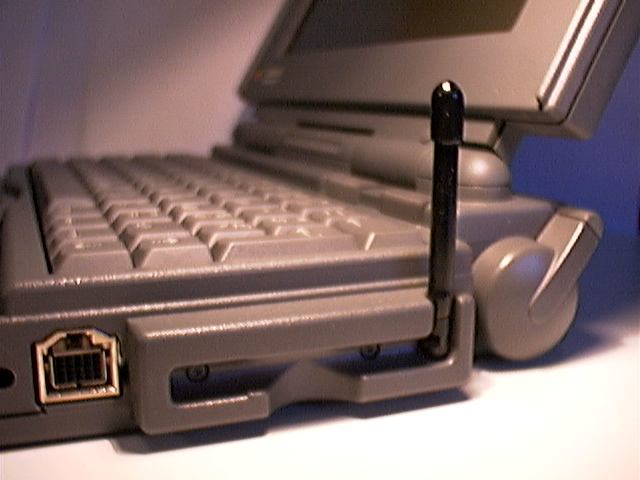