Today, a rarity : a 13 inches 2011 MacBook Pro prototype. This is a model with a red motherboard (typical of a prototype), very close to the trade model, but with some differences .
En français.

The machine is a 13 inches 2011 MacBook Pro in good condition (some pokes on the topcase, a few screws missing) with a red motherboard. It is an international QWERTY model. 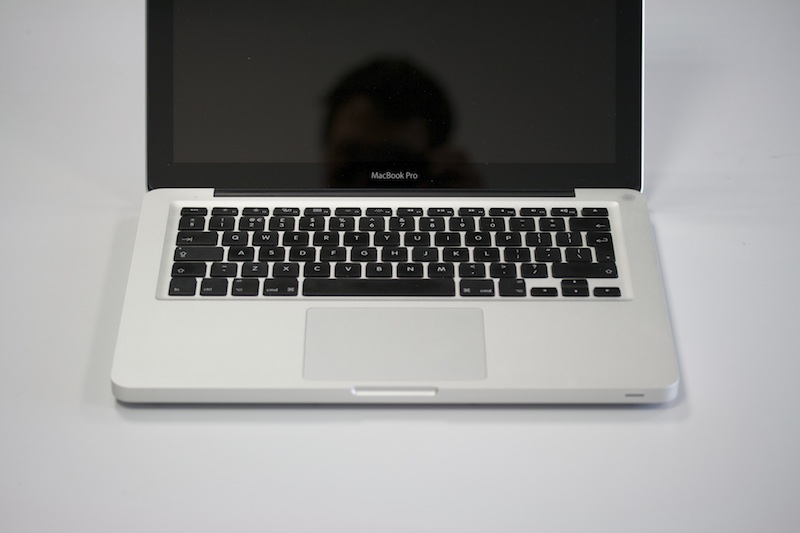 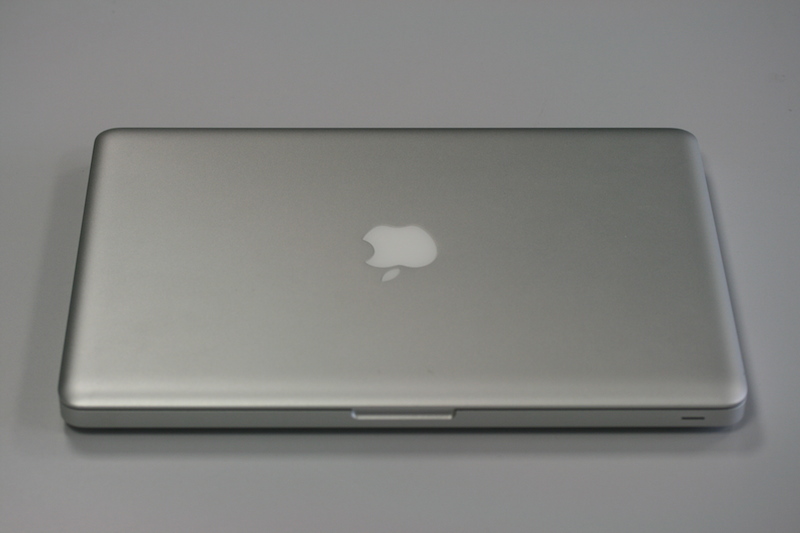 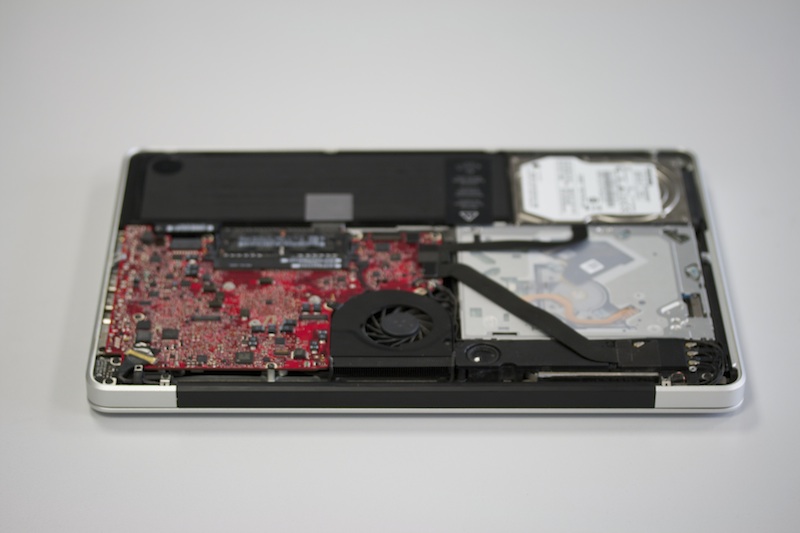 Mac OS X indicates that the processor is an Core i3 2.7 GHz (it does not exist at Intel) but it’s for a simple reason: it is an ES processor. Actually, there is no mark on the CPU and it identifies itself as a “Genuine Intel (R) CPU 0 @ 2.70GHz“, and Mac OS X then puts on the default processor that must be the Core i3. 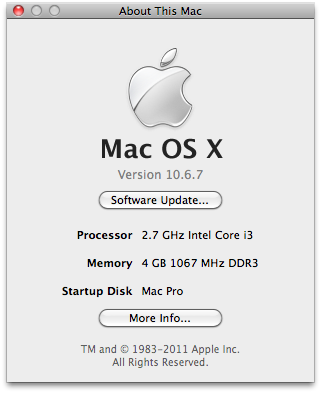 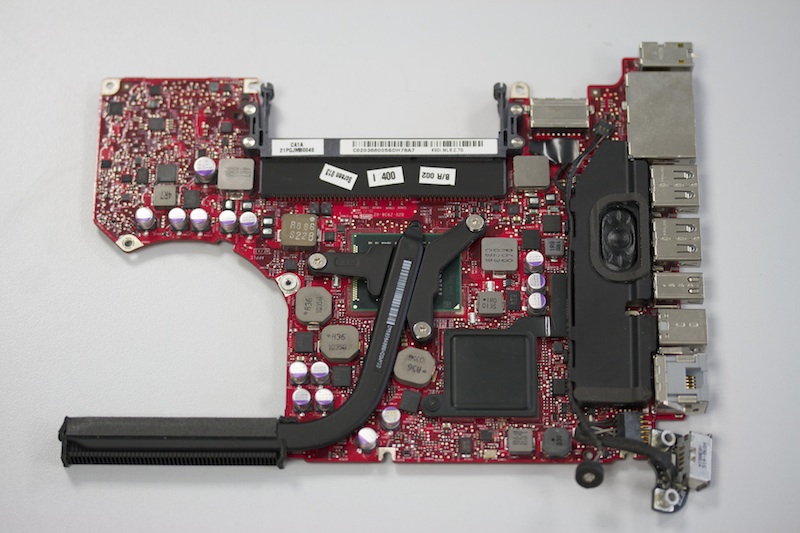 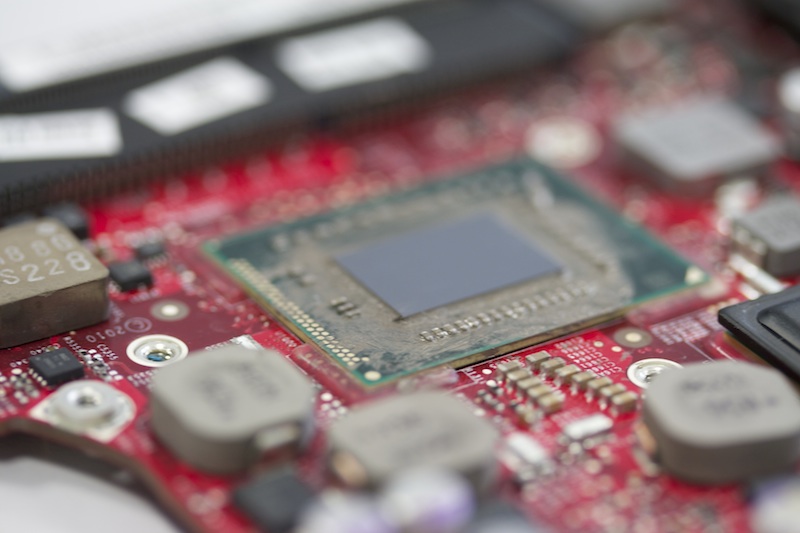 Actually, the processor is a Core i7-2620M , a Sandy Bridge dual core processor. It’s pretty simple to check as MacCPUID, an Intel tool, provides the information : two cores with HyperThreading, 4 MB of cache memory and the Turbo technology. 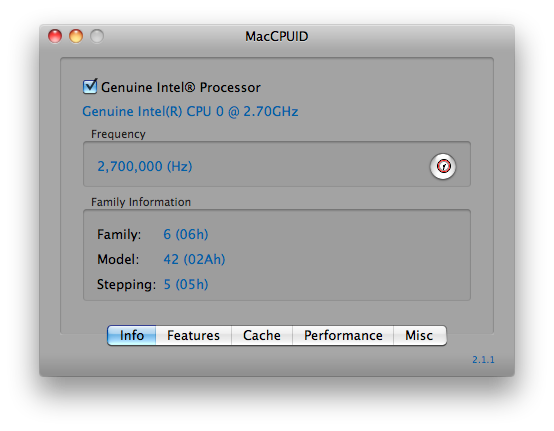 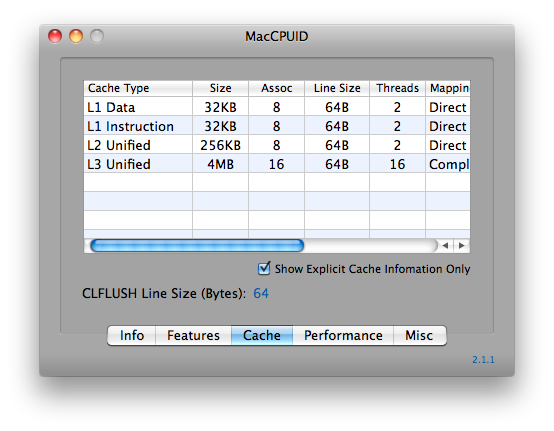 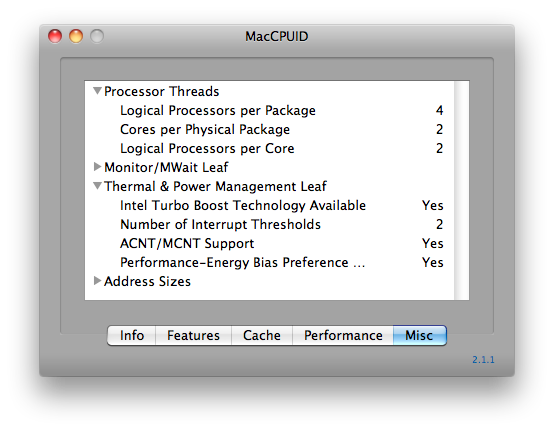 The machine boots easily under Snow Leopard but not under Lion, Mountain Lion or Mavericks. More precisely, it only starts in Safe Boot, although it is possible to install different OS. The ROM version (MBP81.002D.B00) is not common and I have not been able to update it, as Apple’s tools do not recognize the machine. Of course, the machine does not have a serial number … 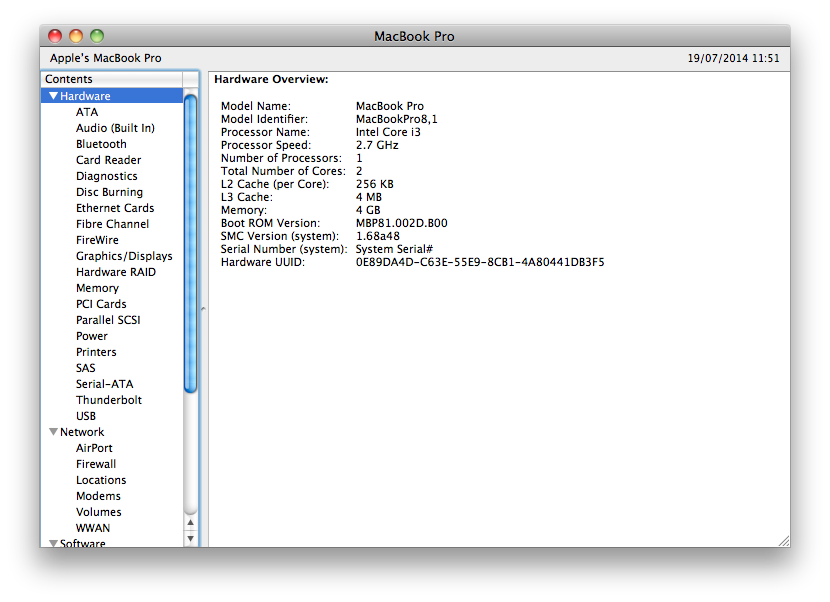 The Thunderbolt, even if it appears on the topcase and the chip seems to be present on the motherboard (I have not managed to remove some screws) does not work. It is impossible to make the device being recognized, Mac OS X does not even see the controller. It’s either material or related to the ROM, but it does not work. 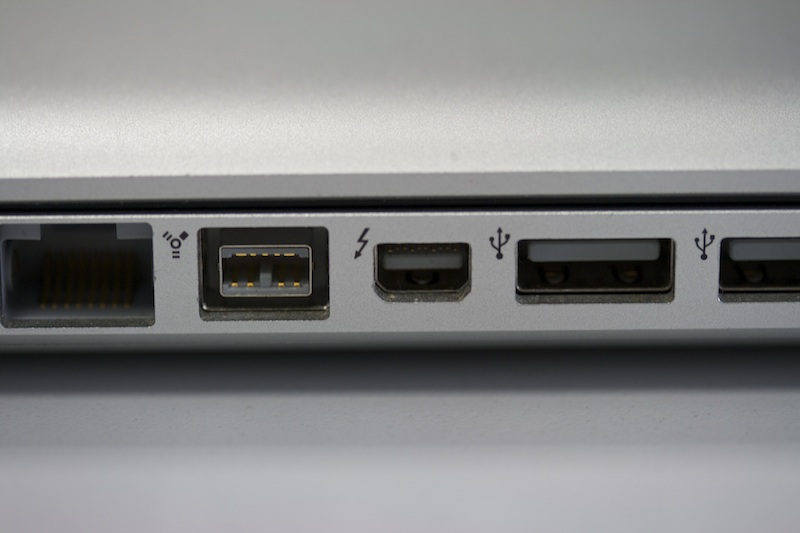 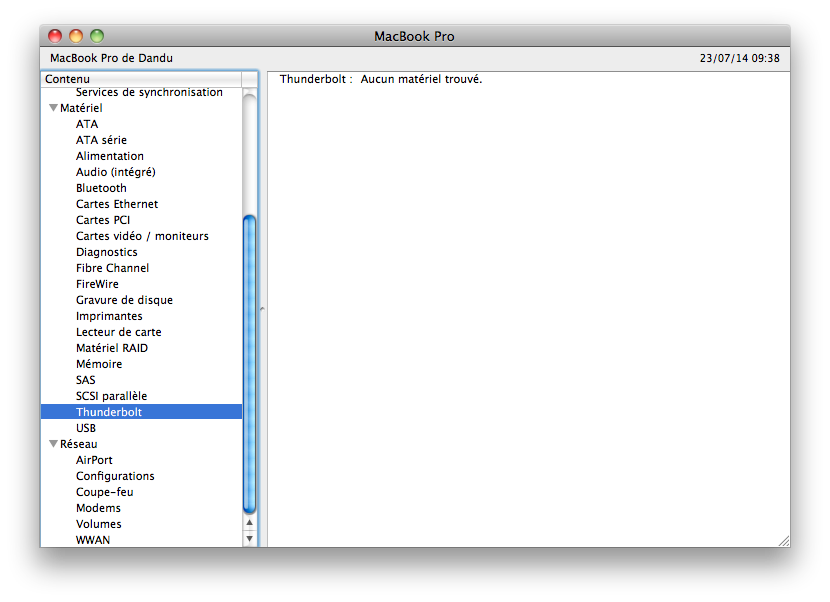 As for the rest, the machine works pretty well, even if being stuck on a 2009 OS may bring some problems at a time or another.