A NVIDIA Maxwell card with Thunderbolt on a Mac running Yosemite

If you read the reviews, you saw that it is possible to use the latest generation of NVIDIA cards with a Mac running under Yosemite. The operation is pretty close to what I presented, but Yosemite and the latest NVIDIA cards require some adjustments.
En français.

A (quick) reminder : Using an external Thunderbolt GPU requires a PCI-Express adapter and (optionally) a power supply. I use a Vidock 3 ExpressCard, a Sonnet Expresscard and a Thunderbolt cable, all on a MacBook Air. I have only tested on Intel IGP-equipped machines, but apparently it also works with Macs equipped with a dedicated graphic card. I advise you in this case to use the same brand (AMD or NVIDIA). The handling requires to modify some drivers at every minor Mac OS X update and you have to connect an external display to make it work.

First important point, Yosemite. Apple added a new security to its OS : a driver signing. So if you manually modify a driver, it will no longer work. There is a command line to type to enable the loading of unsigned drivers, and it is necessary.

Be careful, the modification disappears if you reset the PRAM and it can cause problems if your machine has a dedicated graphic card.

In 2014, NVIDIA has launched a new range of graphic cards, using a low-consuming GPU called Maxwell. Currently available cards are the GTX 750 (Ti), the GTX 970 and GTX 980. The first thing to know is that they only work on Yosemite, and only with NVIDIA drivers. The second thing to know is that all outputs are not necessarily supported: the HDMI 2.0 connector of the GTX 970 and 980 are not yet working on Mac OS X. The GTX 750 Ti is a pretty good choice: it offers decent performances for its price and is able work with the PCI-Express bus power supply. Playing on 1080p without reaching the highest details, that’s enough. The GTX 970 and 980 require a big power supply and are much more expensive. 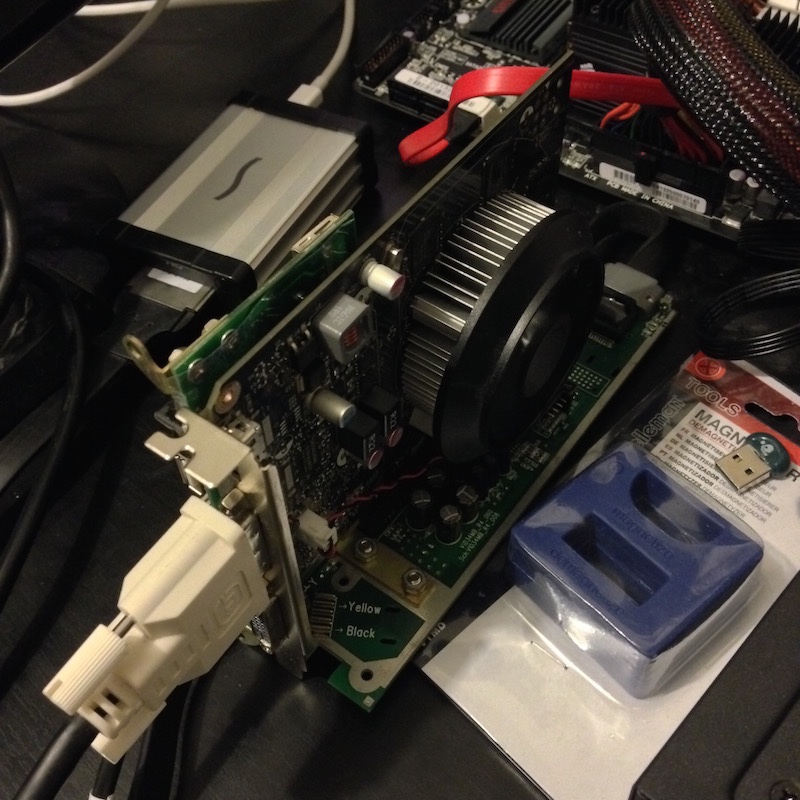 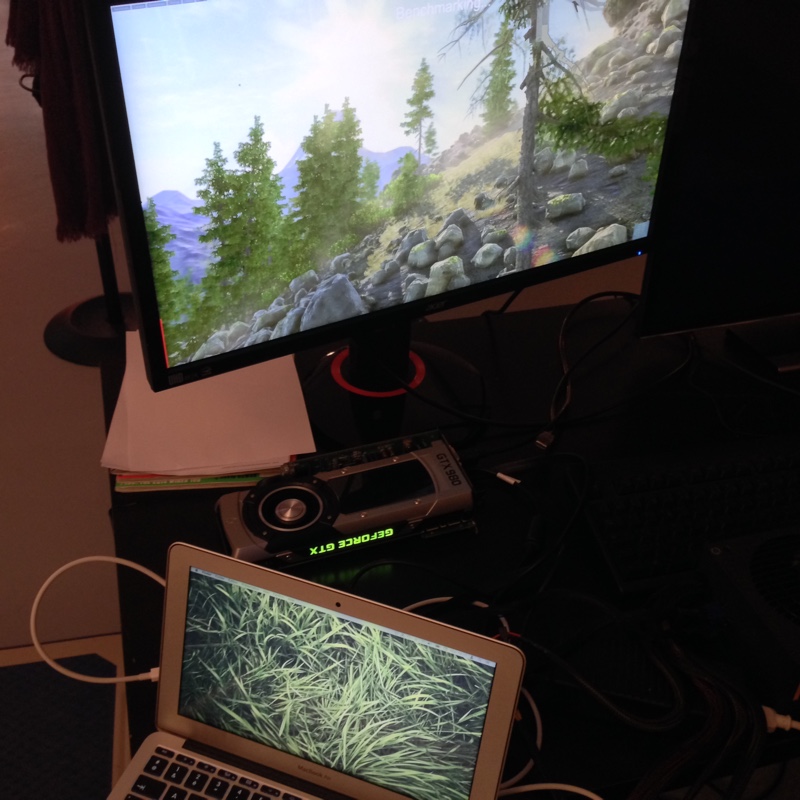 For the cards to work, you need NVIDIA drivers, which are fairly regularly updated. The drivers are not installed if you do not have an NVIDIA card, but to install the card, you need the drivers, then the solution is to modify the drivers (as explained here).

Then unzip the drivers.

Modify the Distribution file with a text editor (such as TextWrangler).

Install the drivers and reboot.

Change for the Thunderbolt

The last step, a classic one, you have to modify the pilots for they can be browsed in Thunderbolt.

Two lines must be added in the following three files.

In these files, look for the sections that begin with <key>CFBundleIdentifier</key> and add, just before the </dict>, the two following lines.

Now start Kext Utility and restart, it should work.

Little joke : Valley Benchmark, in 4K and Ultra reaches 22 fps on average. I think that no “real” Mac ever reached that.